The University of Central Asia’s School of Professional and Continuing Education (UCA SPCE) celebrated the graduation of 561 learners across its six Satellite Learning Centres (SLC) in Afghanistan in October 2016. These centres are in Darwaz, Ishkashim, Shugnan and Faizabad, as well as Aga Khan Education Service Centres in Ishkashim and Zebak. 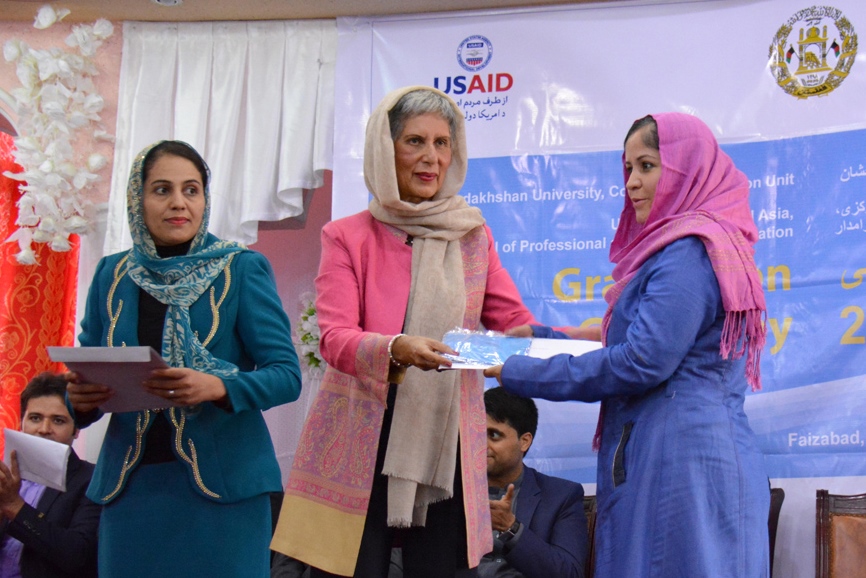 On 30 October, the UCA-established Continuing Education Unit at Badakhshan University in Faizabad held a graduation ceremony attended by Provincial Governor of Badakhshan Ahmed Baigzad, Deputy Minister of Finance Ameen Habibi and
Aga Khan Development Network (AKDN) Diplomatic Representative Mrs Nurjehan Mawani. Representatives of the Afghan government, international community, civil society, as well as AKDN agencies attended the ceremony. The graduates received their certificates and transcripts in the presence of over 200 guests including their families.

At the Faizabad graduation, Mrs Mawani remarked “Since 2010, UCA has been responding to the need for access to quality training of marketable skills. SPCE’s programmes are conducted in a flexible learning format and benchmarked to international standards.” In speaking to the graduates she noted that “there have been over 11,000 Afghan participants.”

Noor Agha Nadiri, Head of Ishkashim district of Afghanistan and graduate of SPCE’s English Programme emphasised the strong relationship between the Government and UCA, particularly around efforts to encourage economic development and build human capacity in Afghanistan. Twenty-one government officials were among the graduates recognised for successfully completing SPCE courses in English and Information Technology. 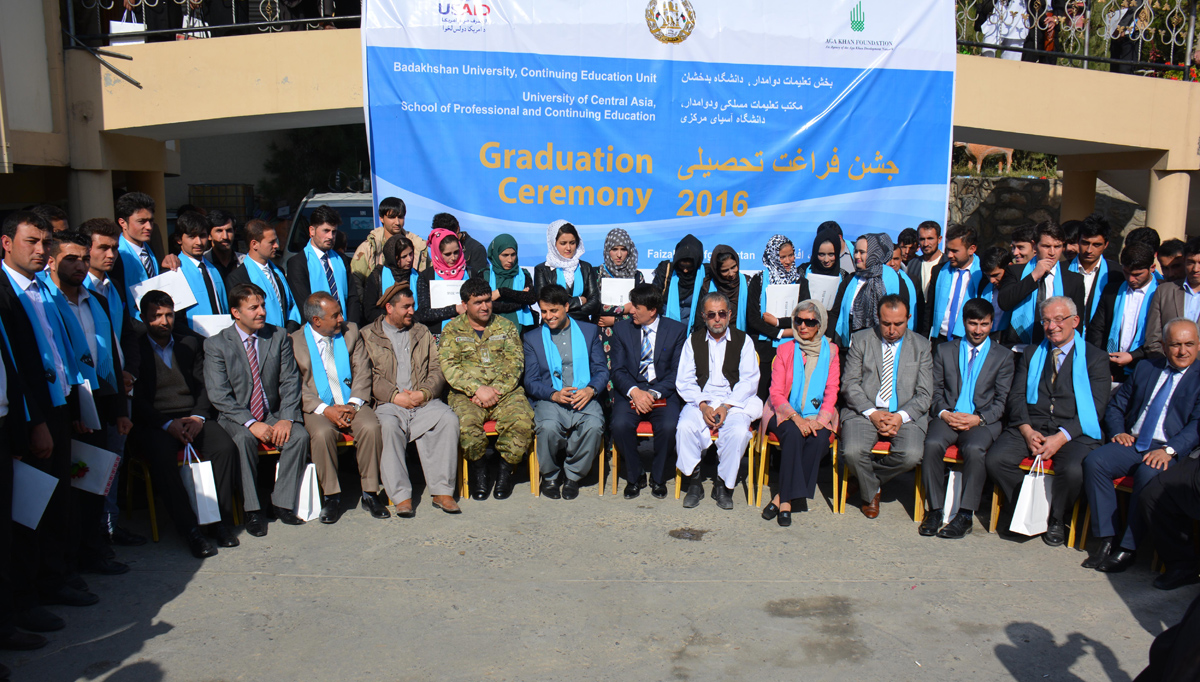 Faizabad learners were among 561 graduates from across the country.

Throughout Badakhshan, a total of 303 students were awarded Certificates of Achievement in English, a programme that welcomes learners from ages 16 to 65 years to enrol in courses that improve English language skills and proficiency.

“Through these programmes we have an opportunity to improve our knowledge, help our families and finally develop our country,” said Qurban Sultan, certificate recipient in English from the Shughnan Learning Centre.

SPCE has trained more than 90,000 learners at 12 town campuses and learning centres across Central Asia and Afghanistan since its founding. All SPCE certificate programmes are internationally benchmarked and academic quality and integrity is assured through a system of external examiners.

SPCE is the first operational programme of UCA, founded to offer an international standard of higher education and foster the socioeconomic development of Central Asia, particularly its mountain regions. UCA is building three campuses of equal size and stature in Naryn, Kyrgyz Republic; Khorog, Tajikistan, and Tekeli, Kazakhstan. The first residential campus in Naryn, Kyrgyz Republic inaugurated in September 2016. The campus in Khorog is slated to open in 2017, followed by the campus in Tekeli, anticipated in 2019.